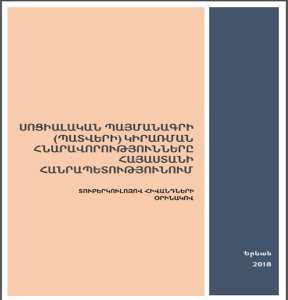 Report: Possibilities of social contracting in Armenia (on the example of tuberculosis) 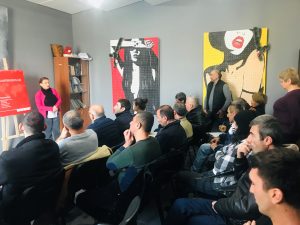 On December 21, 2018 the 6th final meeting with TB patients was held at the PPAN NGO. The quantity of the meetings was connected with working plan of ‘’Changes are possible. Act now’’ project.

Almost all stakeholders of this meeting have participated in analogical meeting for the first time. PPAN’s peer consular had already met these patients, when they were in stationary treatment stage and encouraged them to participate in these monthly meetings as well. 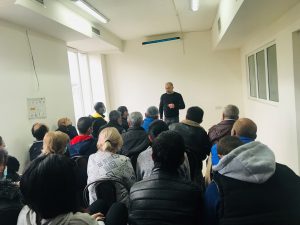 We raise the issues of the field

On 22nd of November, 2018 PPAN NGO with the support of NTC conducted TB group meeting with 20 TB patients. This is the second time that within ‘’Changes are Possible. Act now’’ 2018 proյect meeting with TB beneficiaries conducted in NTC based on TB patents needs and involvement of new patients who getting stationary treatment course.  The main purpose of the meeting was the detection of obstacles within the patients’ treatment course and subsequent advocacy activities as well as provision of legal, social assistance to TB patients. 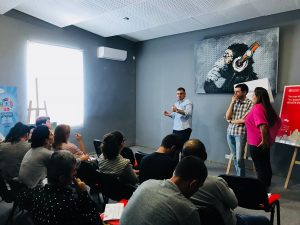 On October 5-6 of 2018 a meeting was held at the office of PPAN NGO aimed at strengthening the capacity of the TB community when it comes to supporting the patient-centered model of TB patients through the social contracting agreement. Timur Abdullayev was invited to Armenia for conducting this meeting. Timur works as a human rights and public health consultant. Most recently, he has worked for UNDP, the World Health Organization and the Global Fund. Currently, he is a member of the Coordinating Board for the Stop TB Partnership, Global Fund CRG Advisory Group, Interim Steering Group of Eurasian Network of People with Experience of Tuberculosis and the Steering Committee for the TB Europe Coalition. T. Abdullayev headed 2-days lectures jointly with Arshak Gasparyan (Social Justice expert, International expert in the sphere of Criminal Justice of Council of Europe , President of ‘’Social Justice’’ NGO). 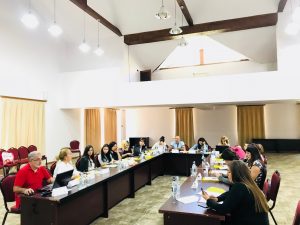 On September 28-29, 2018 with the initiative of the PPAN NGO a targeted exclusive educational module was implemented with the direct beneficiaries of Mass Media sphere and coaching experts from MoH of RA and Media. Participants were recruited taking into account their experience on covering health and exclusively TB topics. Prior to the training the media expert conducted media monitoring and outlined the media that in somehow touched TB issues in Armenia. The monitoring period was chosen from September 2017 to September 2018. During mentioned period of time the TB topics on TV, radio and online media platforms were covered around 50 times, and its subdivision was carried out on March 24, 2018. For the final selection of the media training participants, they were sent an invitation and request to confirm participation and accept the rule that after 2 months following the training they will create new material referring to the topic of TB. 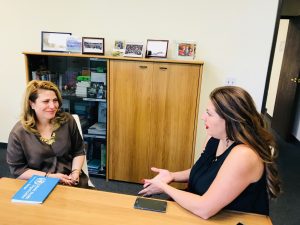 On September 27, 2018 Gayane Ghukasyan (representative of WHO Armenia Office) had a meeting with Head and PR manager of PPAN NGO. The initiator of the meeting was the non-governmental organization as a result of which the details of the status of current TB programs in Armenia and future plans were discussed. It has been third consecutive year that NGO has been implementing a regional TB program where WHO local Office always shows support of the contribution. In the context of the project by the end of 2018 it is planned to hold a meeting with governing bodies of the marzes (regions), where issues related to the mechanisms of Social Contracting will be discussed. Here also will be presented the research carried out by the NGO, which deals with the possibility of applying a social contract (order) in the Republic of Armenia. Within the framework of the activity, the WHO Local Office agreed to act as a technical supporter. 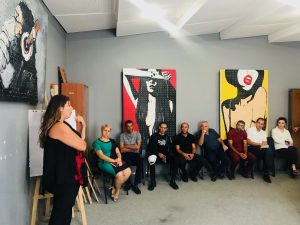 Within “Changes are possible. Act Now “project monthly TB group meeting was held on September 27th, 2018. The participants were 25, who were in TB ambulatory treatment stage, survivors from TB, TB and TB/HIV positive patients. At the end of 2018 in Armenia will be Country Coordinating Mechanisms (CCMs) members elections which has been managing by Global Fund. With regard to selection and nomination of TB and HIV community representatives, the NGO carries out consistent functions in its everyday activities and the main theme of this meeting was also dedicated to the upcoming CCM elections. PPAN’s president and vice president, who have been members of the CCM since 2007 in details presented CCM Policy, CCM Code of Ethical Conduct for CCM Members and funding for its implementation. The task is how should HIV positive person and TB ex-patient become a representative of community, participate in elections, take part in selection procedures and list in CCM’s activities. T 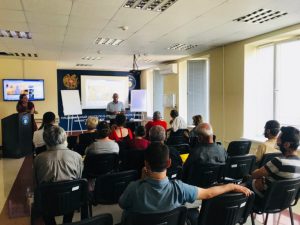 On 22 of August, 2018 at the National Tuberculosis (TB) Center of Ministry of Health of RA representatives of “Positive People Armenian Network” social NGO conducted an exceptional meeting with TB patients who were in hospital for treatment. The recruiting of the participants was carried out by Arman Avchyan, who already has been providing peer counselor service at NTC for several months. At the targeted meetings the involvement of patients who are still in treatment period at hospitals is of highly importante for the NGO’s working schedule as only synergistically-based work has high efficiency and ensures the continuity of patient care. It should be noted that the place of the meeting was not unequivocally accepted by the medical staff of the center.

On July 30, 2018, A. Harutyunyan  (President of Positive People Armenian Network NGO), A. Galstyan (PR manager of Positive People Armenian Network NGO) and A. Avchyan (Peer Counselor of Positive People Armenian Network NGO) met with Shavarsh Grigoryan (Acting Director of NTC of RA). The main purpose of the meeting was to ensure the continuity of cooperation between the two structures, clarification of future plans and discussion of existing sectorial issues. During the meeting it was presented one of the activities of  TB-REP regional program. Within the framework will pilot the model of peer counselor service by the persons who overcome TB in order to support TB patients’ treatment and rehabilitation procedures. There is a similar experience in the field of HIV. One of the primary preconditions of the service effectiveness is ensuring continuity of treatment. 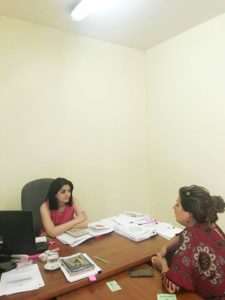 On July 26, 2018, A. Harutyunyan  (President of Positive People Armenian Network NGO) and A. Galstyan (PR manager of Positive People Armenian Network NGO) had a meeting with L. Nanushyan (Deputy Minister of Healthcare of RA). The purpose of this meeting was to initiate a dialogue with targeted government authorities and to facilitate future implementation of  “Changes are possible. Act now “project avocation activities. Agenda key topics were: 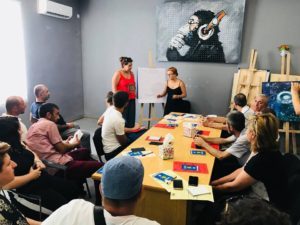 On July 13th, 2018 was conducted regular meeting with the TB community representatives within “Changes are possible. Act Now ” project. The format of the meeting and the manner in which the speakers were presented had specification which were addressed to the direct involvement of TB community when it related with sectoral issues and its solutions as well as strengthening the capacity of community as activists. At the beginning of the meeting Anahit Harutyunyan (“Positive People Armenian Network” social NGO) briefed the audience about the local/international events in the field of TB, highlighted the upcoming high-level Meetings of the General Assembly of the United Nations in September 2018 and the necessity of having Armenian representation there, she also presented the scheduled meetings’ graphics with representatives of NGOs and the Ministry of Health of RA, NA deputies, the new directorate of the National Center of TB and the representatives of WHO in Armenia. 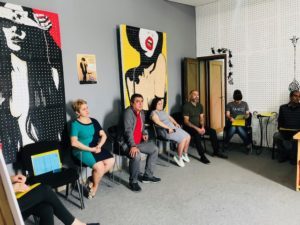 On June 16th, 2018 ”Positive People Armenian Network” Soc. NGO conducted a meeting with TB beneficiaries. This meeting was held within the framework of “Changes are possible. Act now ” regional program. Working plan of the project included various activities which have been carried out in the form of implementing the patient-centered model, raising public awareness, evaluating the needs of beneficiaries, developing the capacity of activists and establishing targeted working network. The organizers and beneficiaries of the meeting had targeted class-discussion, which was particularly relevant to the social and legal problems of TB patients and their referral mechanisms. During the first part of the meeting the participants got acquainted with the program’s third-year work plan, watched PSAs connected with TB early detection, discriminating topics and video presenting TB situation in Armenia.